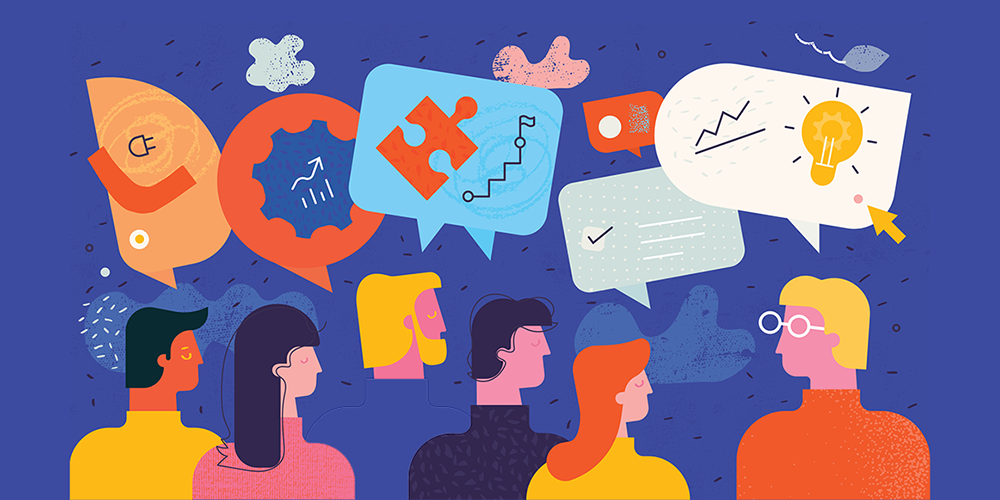 As project manager of ICAI Amsterdam, Jeanne Kroeger deals with the business and organizational side of the labs, occasionally receives delegates from abroad to talk about ICAI, and is now busy organizing the first physical social meetup on June 30th for the Amsterdam location. Kroeger: ‘It is important to create environments where people can meet their colleagues in an informal setting. I hope that all ICAI cities can join this social event.’

Jeanne Kroeger is project manager of ICAI Amsterdam and before that she was community manager of Amsterdam Data Science. Kroeger has a Master’s degree in Chemistry from the University of Liverpool.

What is the idea behind the ICAI National Social Meetup on June 30?

‘The purpose of this social event is to have one moment where ICAI members across the whole country can come together at their location to meet their colleagues in an informal and relaxed way. The idea is that other ICAI cities will join in and that they will host their own physical meetup for all ICAI members involved in that city. Amsterdam and Nijmegen will host their own events. There will be a broadcast at the same time with a five-minute connection on screen with a few words from Maarten de Rijke, director of ICAI. Other than that, it is an informal gathering. It’s really an opportunity for everyone to meet and chat. It is accessible to all ICAI members, from junior, senior and support staff, and within academia, industry, non-profit and government. We will host the meetup from three to five pm, so it’s within working hours.’

‘I think there is a lack of community feeling in every organization right now. Because of covid, all the people who started in the last two and a half years have not had the opportunity to come into the office. In Amsterdam, for some people this event will be the first time they meet other ICAI members in person. All the labs focus on specific things, but there’s transferable knowledge across the labs. In my previous role for Amsterdam Data Science, I could see that some people were working on very similar topics, but had no idea about each other. It is important to create environments where people feel like they can come and meet their colleagues in an informal setting. The environment in which you work is so crucial. For me it’s almost more crucial than the content because it’s what gives me the energy and motivation to continue.’

How well do the people from the different ICAI Amsterdam labs know each other?

‘I recently had organized lunch for the ICAI Amsterdam lab managers. There were ten of us in the room and only two people really knew each other. The rest had never spoken to each other, while some of them have their offices maybe five doors down from each other. So there’s something to be said about creating more of a community in ICAI Amsterdam and the other hubs and then across those hubs.’

What should the ICAI community look like in four years?

‘I think ICAI should be a household name. The general knowledge about ICAI is starting to build. The ICAI labs have been producing incredible results in the last five years and have made incredible collaborations. We are forming a solid network of labs and the aim is to build more connections across the country. I’ve had meetings with delegates from other countries to talk about ICAI. The word is going out about ICAI!’

Which organizations from abroad visited you to talk about ICAI?

‘We had a delegation from Estonia and I’ve had conversations with large international companies. I think in four years it would be great for the ICAI format to be more standardized. The Netherlands is really well-positioned: it’s a great international hub, easy to get to and it has an amazing standard of living. We are at a point where new AI initiatives are coming out, and it would be great if we can make sure that we position all of these initiatives together, so that they are acting in the same direction as opposed to competing against one another. ICAI has really put itself on the right path to make the Netherlands an important research AI hub.’

What were the main questions these delegations came with?

‘A lot of them were amazed by the amounts of money the labs received for fundamental research. Their main question was basically how the ICAI labs managed to do that. You don’t see this willingness of companies to fund fundamental research in many other countries. To get a five-year commitment from companies, that’s just phenomenal.’

What will be the main challenge for ICAI in the future?

‘ICAI has got that nimbleness. It’s very agile and flexible. Prestigious organizations like the European ELLIS, the Royal Society in the UK or the KNAW in the Netherlands have become so large that things can start to move very slowly. ICAI is growing right now, but I hope it can keep that nimbleness. I think this is possible if ICAI keeps evaluating and keeps seeing what it needs to be.’

Would you like to get to know your fellow ICAI members and have a drink with them? Sign up for the ICAI National Social Meetup – Summer Drinks on June 30th!