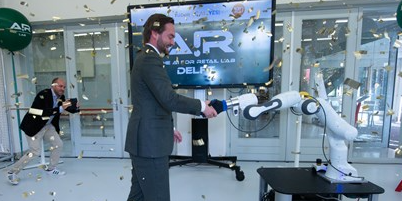 On 4 October 2019 the AI for Retail (AIR) Lab in Delft, the Netherlands, held its official launch. The facility is an expansion of Ahold Delhaize’s AIR Lab in Amsterdam, created in partnership with Delft University. The focus of the lab is to research the future of robotics and develop state-of-the-art innovations in the retail industry.

The AIR Lab Delft is officially up and running and teams have started working towards developing the first prototypes and solutions in all the lab’s lines of research. This week’s event brought together the lab’s scientists in robotics and AI, operational employees, students and sponsors to celebrate the progress they’ve made. 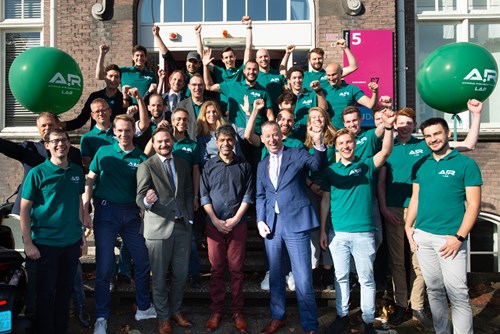 The three-day event kicked off with a keynote presentation by AI and Robotics expert Pieter Abbeel, Director of the Berkeley Robot Learning Lab and Co-Director of the Berkeley Artificial Intelligence Lab. His presentation, “Deep Learning to Learn,” focused on research about the difference between how robots and humans learn by imitation, and how scientists are working to enable robots to acquire new skills more quickly.

The AIR Lab’s store group invited employees on Wednesday to enjoy a program of events aimed at building enthusiasm about technology among young people. Participants received a tour of the AIR lab, along with the Botanical Gardens and Science Center.

On the third and last day, a morning meet-up was held to introduce new members who started working on projects in September and explain the AIR Lab Delft’s ambitious goals. The researchers were able to give short pitches for their projects.