Towards a national AI ecosystem 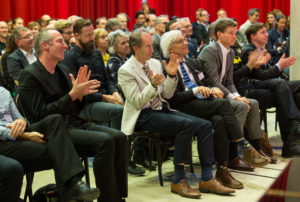 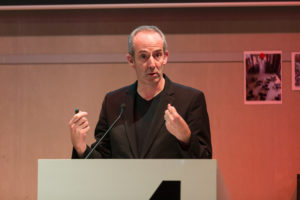 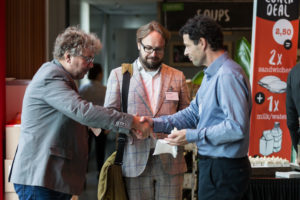 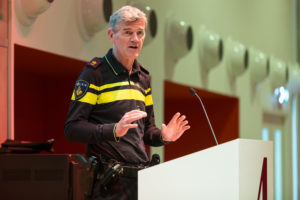 150 visitors gathered Friday Octobre 19th for ‘ICAI: AI for the Netherlands’, organized by the Innovation Center for Artificial Intelligence (ICAI). This afternoon 11 speakers from universities, companies and governmental institutes showed the diversity of areas in which AI research is present nowadays, from predicting diseases, the engineering of automated cars, solving cybercrime, to the search and recommend tools of Albert Heijn. This diversity will only increase in the years to come. There was a general positivity. “AI talent and technology in the Netherlands put us in the world’s top ranked countries in terms of innovation power”, according to Alexander van Boetzelaer (Executive Vice President Strategy at Elsevier).

But it was also an afternoon of warnings, because if the Netherlands doesn’t take advantage of the opportunities that AI offers our society, it will fall behind very badly. In the words of Vladimir Putin (as professor Holger Hoos from Leiden University quoted): ‘‘Whoever becomes the leader of AI will become the ruler of the world.” Although Hoos usually doesn’t quote Putin he says that this time “he is quite right”.

“If we want to play a role in Europe, a single university won’t make a difference. We have to connect with each other”, as Inald Lagendijk (Wetenschappelijk boegbeeld TopTeam ICT) put it. The word ‘ecosystem’ was mentioned a lot by the different speakers: an open AI ecosystem in which the whole of the Netherlands participates.

ICAI, as an open network of cooperating AI innovation Labs, will help strengthen this ecosystem and accelerate innovation. This way we can keep the AI talent in the Netherlands, combine excellence and will not become dependent on AI made elsewhere. “The entrance ticket to ICAI is easy”, says Maarten de Rijke (one of the ICAI founders): “Start a lab. ICAI started half a year ago with 2 knowledge institutes and three companies. Right now seven knowledge institutes, 5 companies and 2 government institutions are involved. In the beginning there were three labs and now there are four running labs with three potential new labs, among which a Police Lab and a Startup Lab. The aim for the next ICAI update meeting is 13 labs. Only one thing to do: Let us get down to work.”